For Customised wildlife safari,Consider this touristic zone for your adventure holidays in Uganda. The rewarding landscape pf Kazinga channel splashes to 32 kilometres wide by area making a long natural channel that connects the alluring lakes Edward and George plunging through the absorbing Queen Elizabeth National Park in the western Uganda part. A mid Uganda safari can take you to the neighboring crater lake of Lake Nyamunuka north of Mweya, Queen Elizabeth National Park.


Due its vicinity, this place is well known as the world’s largest concentration of hippos and numerous Nile crocodiles.You will have chance to spot at them in the kazinga channel boat cruise that opens to the smLL diametre of lake george with an average depth of only 2.4 meters (7.9 ft), which is fed by fresh water streams from the Rwenzori Mountains-mountains of the moon in kasese district. Its outflow is through the Kazinga Channel Uganda which drains into Lake Edward, water levels fluctuating very little in the Channel.

Anthrax Disease: Regardless of this place being a habitat for most of the animals, This disease retarded the way of life of these wild animals, Years back in 2004, it was put on record, when vast numbers of hippos were smashed and killed along the channel. It comes up as a result of animals eating remnants of vegetation in the driest months, absorbing bacterial spores that can live for decades in dry soil. Scientists and Researchers have gone on the move to establish a free environment with control measures against this area.

Kazinga channel has its way of life that is really fascinating; Goats tend to graze with elephants especially evening hours.Your uganda safari customises an evening walk in this section, you will spot out numerous natives setting out their fishing nets, a magnificent picturesque of goats, sheep, cows grazing with elephants.

Kazinga channel Uganda is a thought-provoking adventorous birding Uganda Zone, For bird lovers, enjoy a customized Uganda birding safari in the popular Kazinga channel that opens through the mind blowing birding queen elizabeth national park zones, it can be noted that the channel has over 200 bird species in the vicinity that migrate from the neighboring features like queen Elizabeth park, Lakes george and Edward, rwenzori national park and many more areas. Generally, the birding kazinga channel safari shall expose to the common 400 bird species. 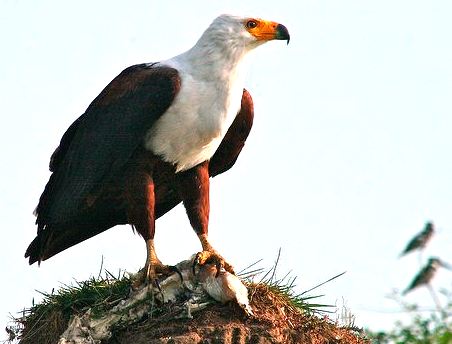 African Fish Eagle: Botanical name(Haliaeetus vocifer), this is common on the channel due to the fresh open waters, sometimes common in the george and edward lakes due to the presence of food in the lakes. it weighs averagely 3.2–3.6 kilograms. Females tend to be larger than males, they are distinctive in cose observation and enclose themselves in a brown body. It’s carnivorous, with a  hook-shaped beak. 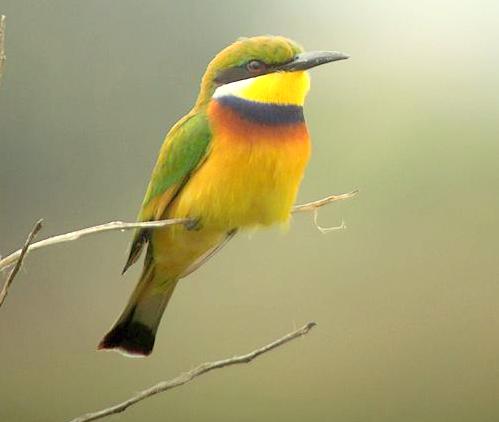 Blue breasted Bee eater: Botanical name (Merops variegatus), this is common in all seasons around the water bodies, they tend to live in pairs, these feed on insects, leaves, fruits. for your Uganda birding safari, this shall be in one of your first spotted bird species. They are too small and tend to shy off from people, they have mixed color coat of orange, yellow, and greenish feathery body. 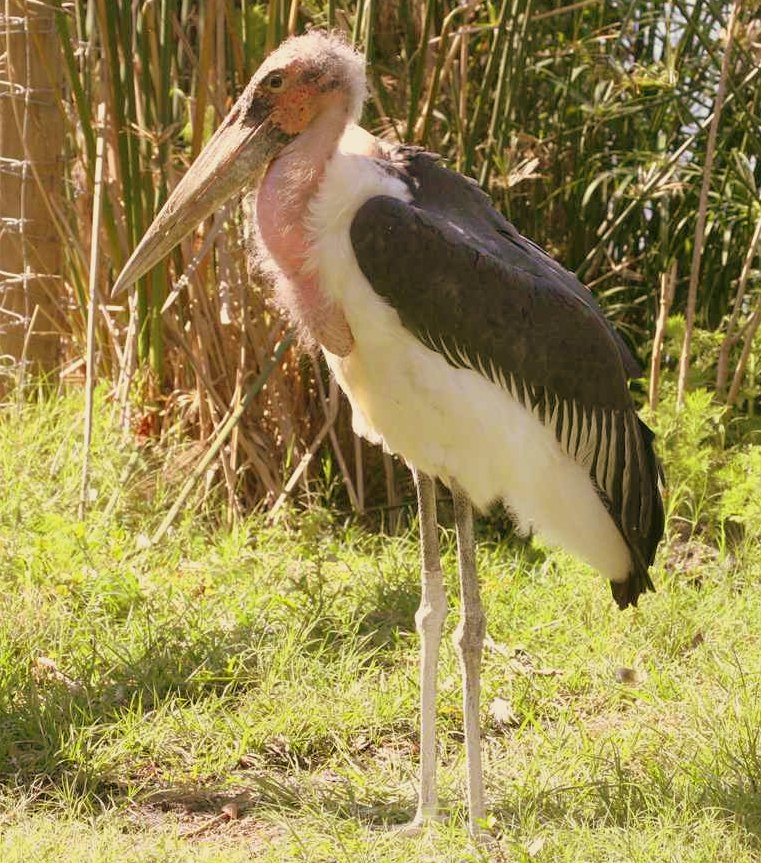 Marabou Stork: Botanical name (Leptoptilos crumenifer), this is one of the wade birds in the area, they can be spotted walking through the deep fresh waters of the lakes spotting for prey thus being a scavenger, its a big bird specie that weighs about 9 kgs and stands about 152 cms tall, it has skinny whitish legs. this can be seen in all seasons and in a close distance. There are more bird species in the area. 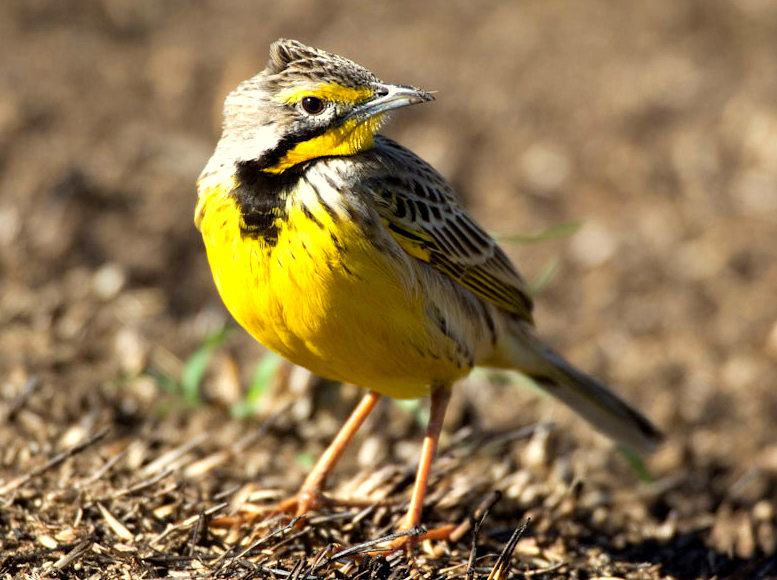 Yellow throated long claw:Botanical name (Macronyx croceus), it occupies the dry savannah woodlands and places with moist tropical moist lowland climatic conditions in the flat plateaus of the neighboring features of kazinga channel.The bird is small in size, with a greeenish covering boady coat, yellowish featherly rhroat and with a long pointed beak, it feeds on samll fruits and insects.